I posted on the DK Facebook page a few weeks ago about Rosco going in for surgery for his giant lipoma.  3-ish years ago he started growing a lipoma on his chest that grew to the size of a baseball by 2016.  It was only cosmetic, not in the way so we chose to watch and wait.  Fast forward to this year and it was HUGE.  Hair couldn't even grow to cover it anymore.  And our vet wouldn't tell me what to do--I like to have a clear direction for big decisions.  So I decided to leave it be.

Well...it was just so huge!  But I really wrestled with this decision.  He was (is) 12.  In my opinion, wasn't likely to have more than a year.  He has laryngeal paralysis, his back legs are getting weaker and he often stumbles.  Is it right to put him through surgery?

But at the same time I felt a strong sense of shame.  Am I being a cheapskate?  Shouldn't I do everything to make his life comfy?  Wouldn't my fellow DK'ers do it all?   I was really torn.

So I took him in for a second opinion.  This other vet seemed to think he was in great shape for his age, which surprised me, but it made me think perhaps I had been a little catastrophizing his condition.

Okay, then, this vet thinks he can handle it and he's a healthy guy...let's do it.

So we are 3ish weeks out of surgery and his surgical scars are nicely healed (took off the other two smaller lipomas too).  But after surgery, his seizures came back...and got WORSE, both during the seizure and in the aftermath.

Now Rosco's always been the poster child for opportunistic eater.  As he's gotten older he also has no shame about it.  He'll climb up on a chair to steal what you didn't immediately put away with you 2 feet away. Just a week out of surgery I caught him trying to finish someone's breakfast.  He was struggling to climb up and down stairs but was willing to work for food.

As of this week, though he is starting to leave kibble in his bowl.

Yesterday we started him on seizure meds and by dinner I couldn't even get him to finish his kibble with a fried egg mixed in <-- NOT Rosco at all.  So if anyone has brilliant ideas for stimulating an appetite...hit me with them!

He continues to randomly fall (could be seizure meds, but also what was starting to happen anyway).  He goes between restlessness and wandering the yard aimlessly to being zonked out.  He had a surprising moment of almost a play bow with Boca, but then realized he can't actually do more. 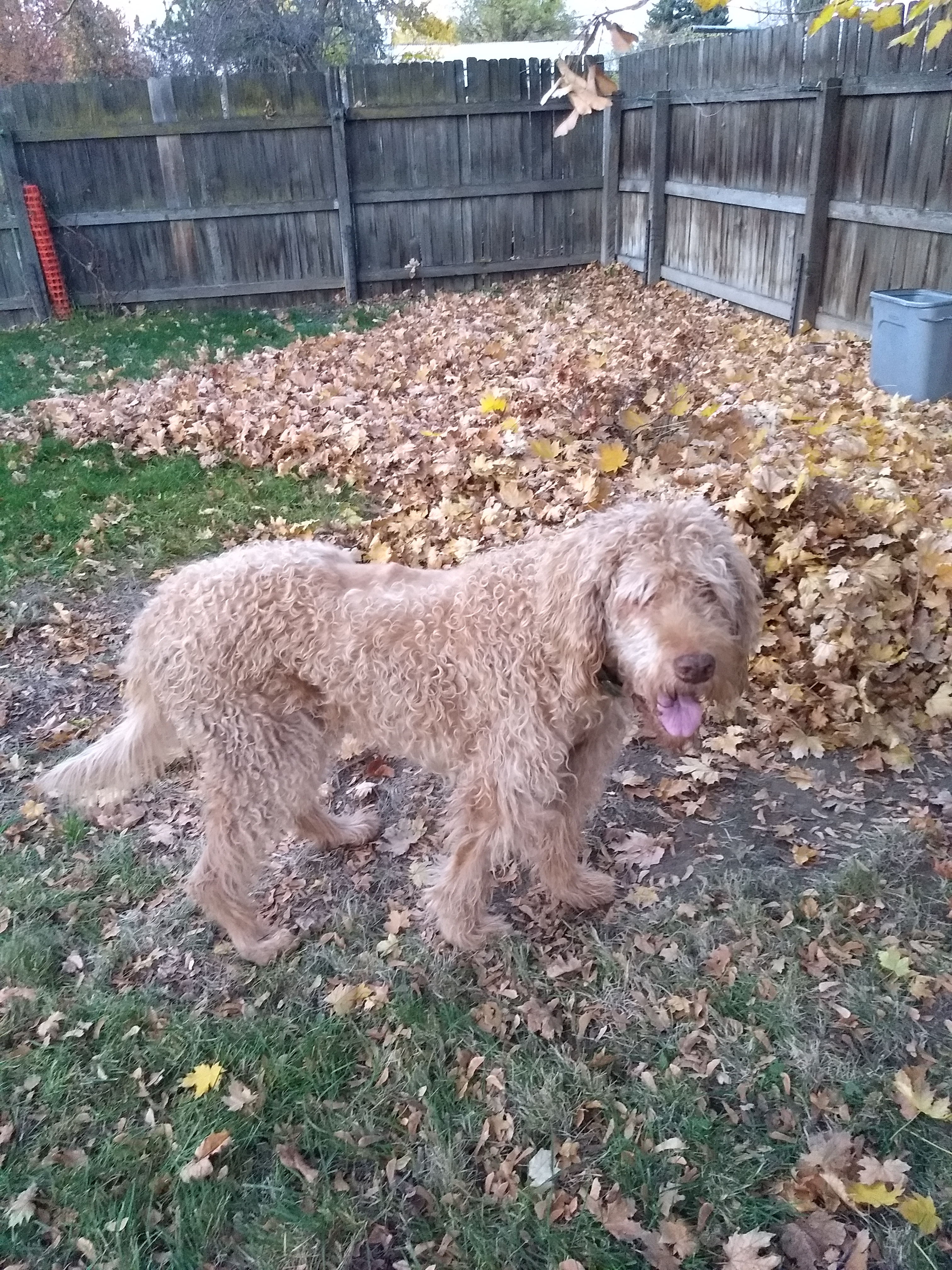 As I told a few of you privately, I feel like I am NOT cut out for coping with a senior dog.  I feel so helpless and unsure and of course second guessing the whole decision for surgery.  But there's no right answer.

Thanks for reading my rambling.

of 8 Next
This reply was deleted.