Toby has started whining in his crate at night (either right at bedtime or in the middle of the night), keeping us up for a long time... it's like having a baby again!  We're trying to avoid letting him out of his crate so he doesn't get the idea that whining in the middle of the night will be rewarding somehow.  He pees at 8, DH takes him out for "last pee" around 11 so there's no way he needs to go out at 12... Last night he was whining at around 9:30 right when I tried to go to sleep.

Things that may or may not be related:

- We've started swimming in the pool daily, maybe he is overtired?

- We've been keeping the windows open at night to cool the house, maybe outside noises are freaking him out?  There are a lot of spring peepers (frogs) singing these days.

I'm wondering if it's due to the puppy "fear period" that happens in older puppies, he seems a bit young for it though (only 6 months).  He is showing some signs though like freaking out if a dog barks nearby or spooking at sudden movements while on walks more than usual.

Here are the intrepid swimmers enjoying the pool!  Toby is not 100% convinced, he mostly just chases Riley around and steals her floating toy.  Swimming is probably Riley's favorite activity ever so she is quite pleased we've been in the water a lot. 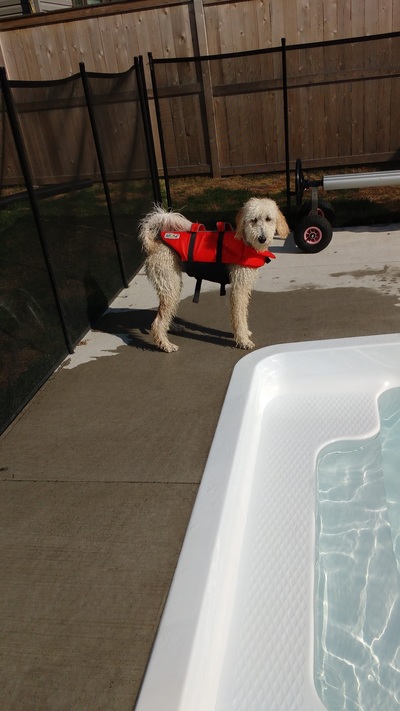 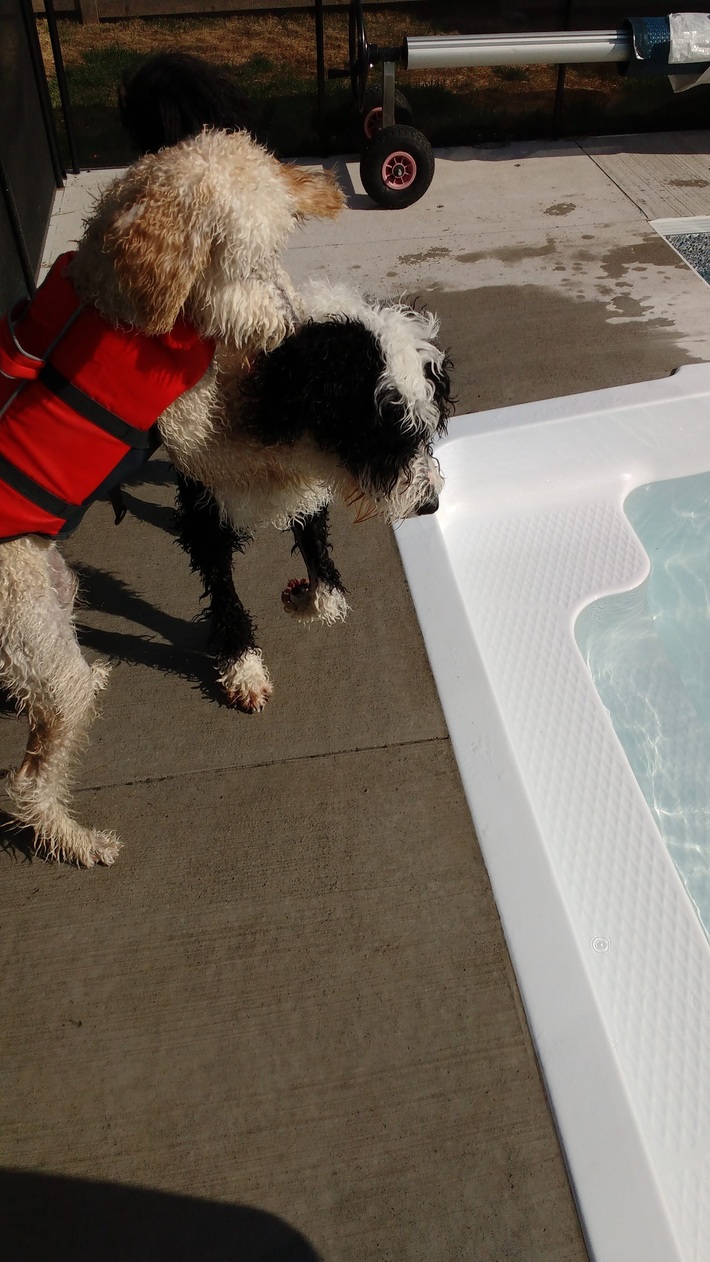