I gave Toby his first "real" haircut in a few installments over the last week.  I'm not convinced I like this style for him.  DH and I both think maybe I should have left more on top of his head?  I initially had just done 1/2" on his body and not touched his head and DH complained he looked too "poodly" with the poofy head and short body...so I did 1/2" on his head as well and round cut his ears with shears.

I haven't gone back to do "cleanup" with shears for uneven spots but I think he turned out looking pretty cute.   He's so CURLY now after the cut and going outside in the rain a bit! I think I also need to invest in a pair of curved shears because getting nice even round paws and round head on a poodle-like coat is HARD without them (nearly impossible)!

What do you think?  Suggestions for Toby's next haircut?  He's growing so fast!  4.5 months old already.  Of course he's going to grow so maybe 1" all over like Riley will work when he is bigger.

Before:  (very cute but getting super long and an unruly mess... i've been giving him face/feet/sanitary trims every few weeks but until now had not touched the rest of his body) 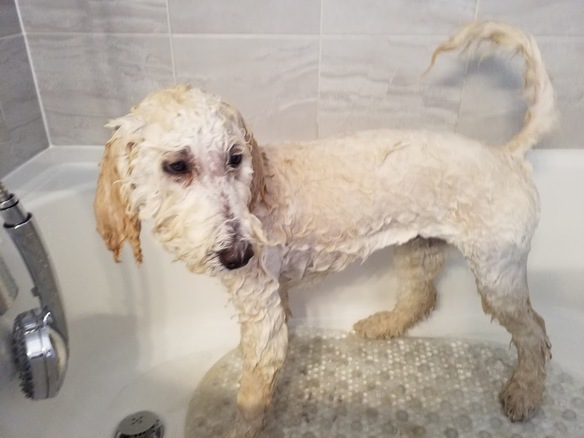 After:  (Riley had a trim too!  1" all over except I scissor cut her head) 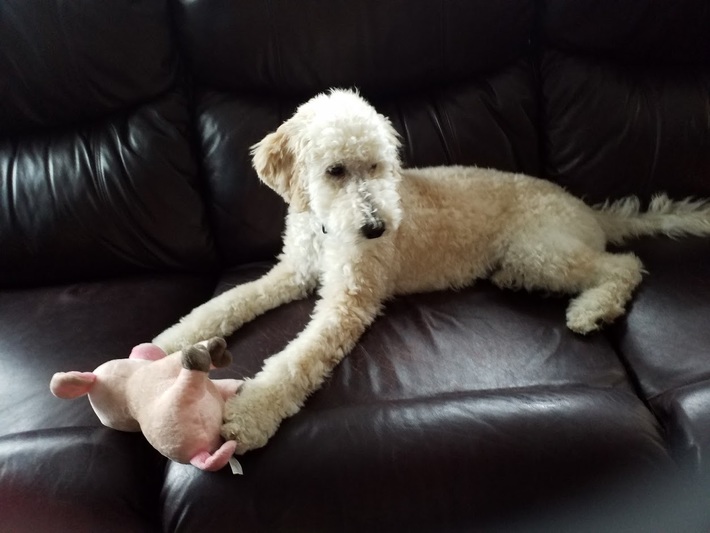 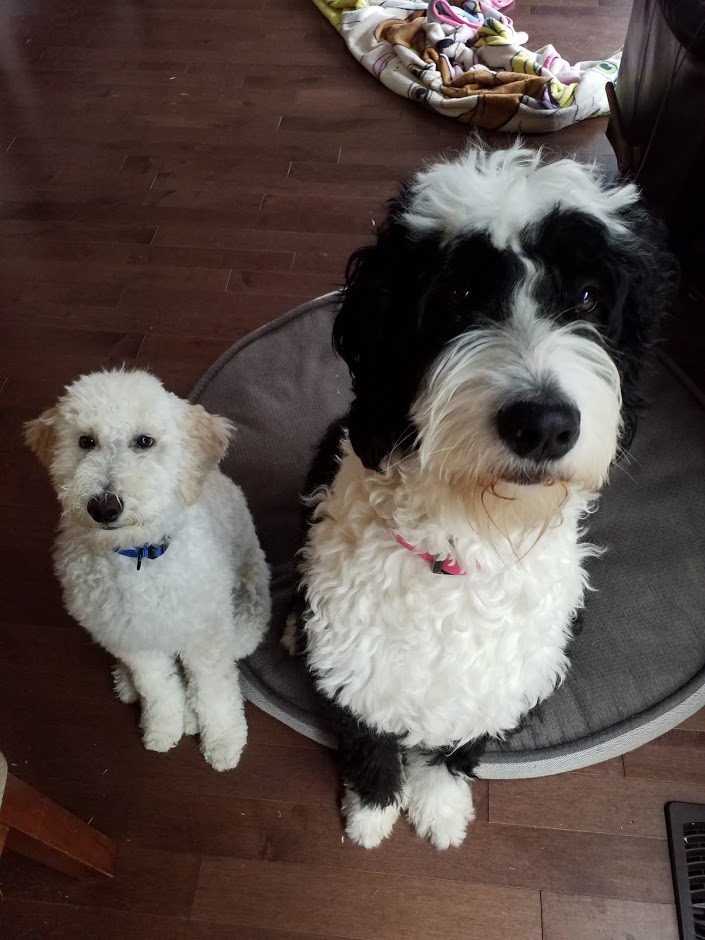 of 7 Next
This reply was deleted.