Hello everyone.  I have a 15 week old doodle puppy with tummy issues.  Kailo (male) is currently on Purina Pro Plan for Sensitive Skin and Stomach Puppy Food.  Also on the ForitFlora daily.  I give him about a tablespoon of pumpkin with every meal.  Six days ago, he was on chicken and rice because the food he had been eating was causing diarrhea (we think) and so we changed him to this food at the advice of a friend of ours.  The vet also advised us to put him on this food.  All tests for parasites have come back negative, multiple times...they even sent the last one out for extensive testing for Giarda and it was negative.  His next vet visit is 12/8...he needs his shots.  It's also a well check.  The thing is, his poop starts out in the morning nice and solid.  Brown and the perfect consistency.  AS the day goes on it gets softer and softer.  Especially with a lot of exercise.  And what puppy doesn't like to play?  I have an older doodle, Keiko (his auntie actually) 3 years old, and she's fine.  A little bit of tummy issues if she gets very stressed, but those times are few and far between.  They play together a lot during the day.  It also seems like Kailo had 'sparse' hair.  Like there's a lot off space between the hair growing on him...very thin.  But there's never any of his hair on my furniture or me.  He also has an odor, which is weird for a F1 B to have.  Keiko never smells.  His coat is soft, but not shiny at all...it seems frizzy at the ends.  Does anyone else have or have had these symptoms with their pup?  I';m so concerned for him.  He's definitely getting bigger, growing in leaps and bounds...and other than these things you;d never know anything was wrong.  He's a happy, playful little guy.

I've added photos...note his belly underneath...it seems so odd for him not to have hair there...he's had no surgery.  Is this normal? Because if my vet missed all this, its time for me to find a new vet. 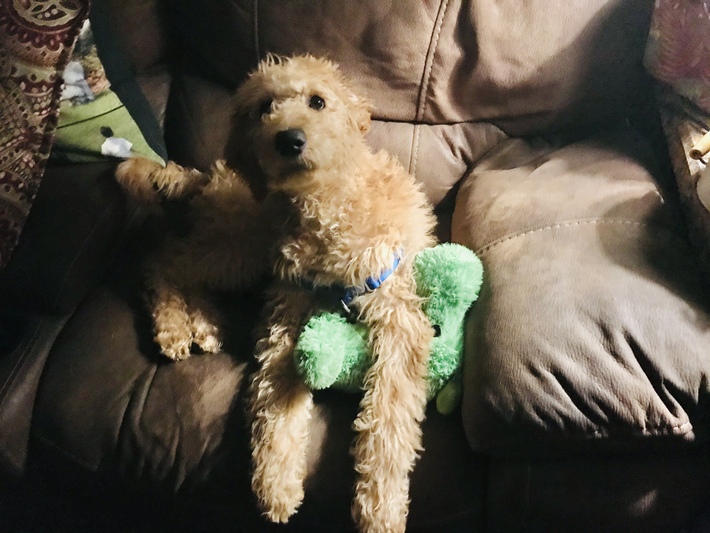 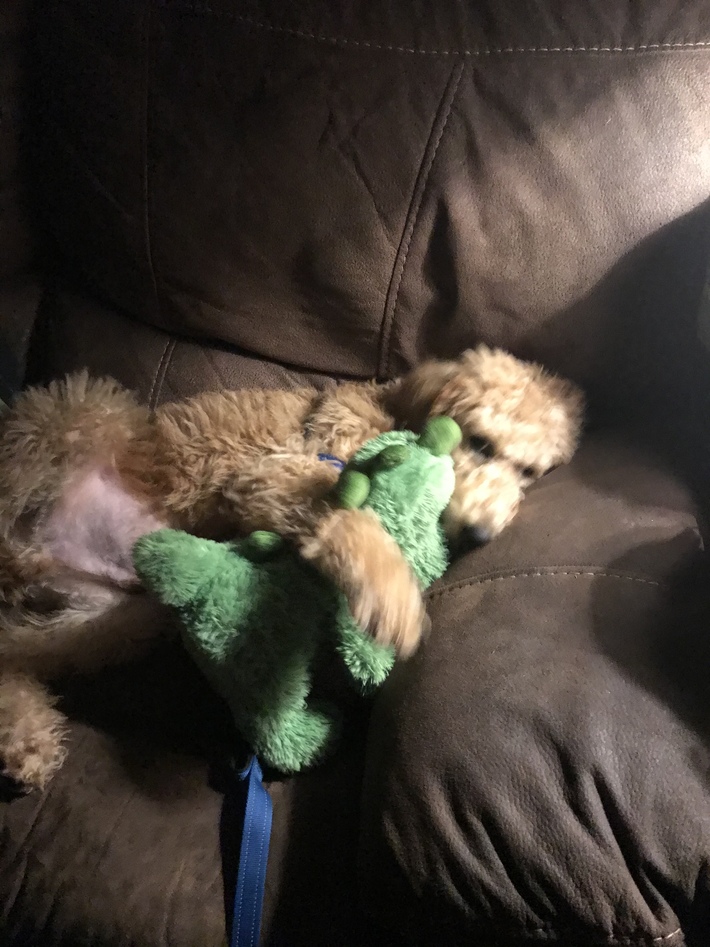