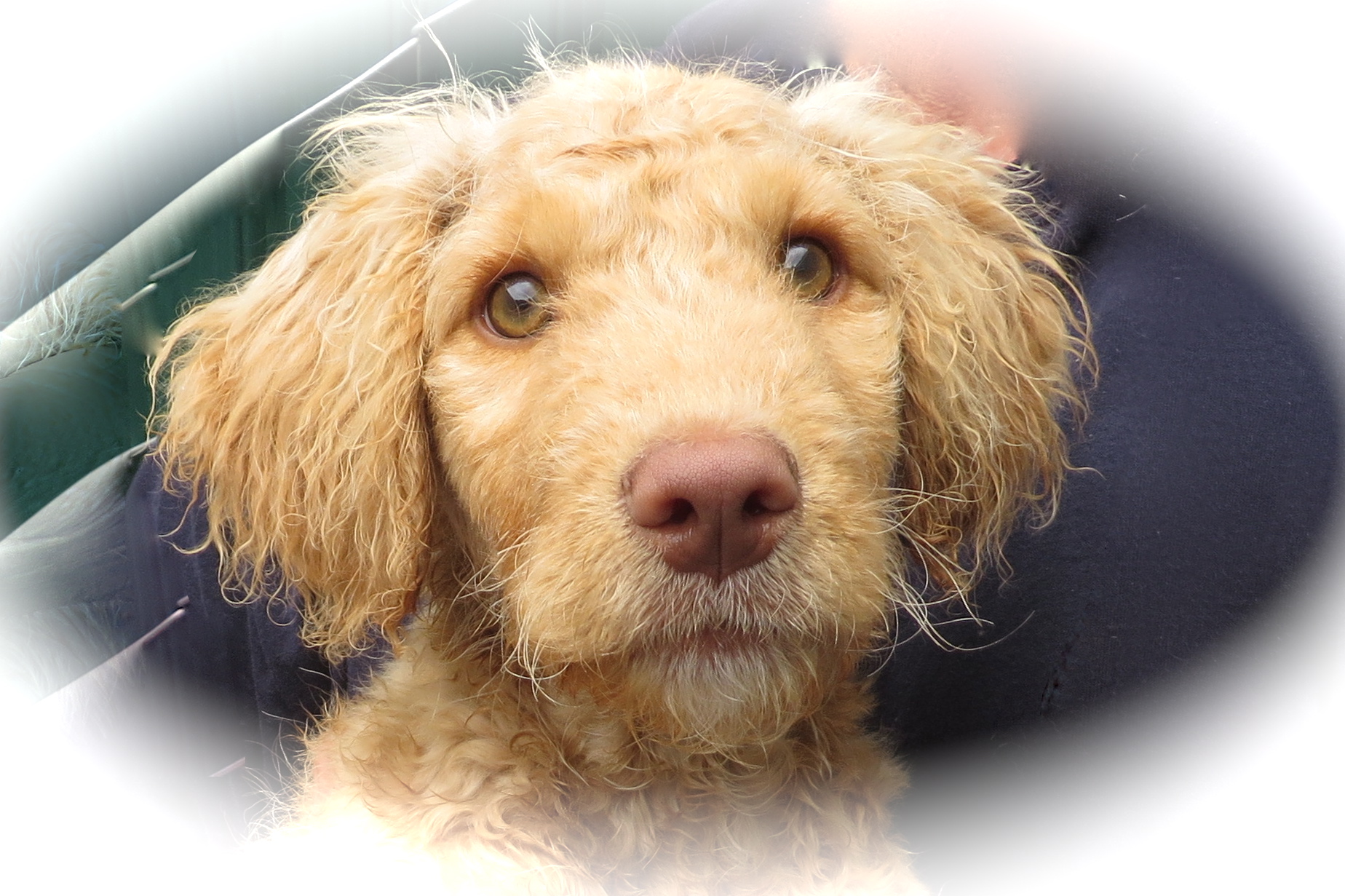 MEET JUNIOR!  MANY THANKS TO THE DRC FOR SPOTTING HIM ON ONE OF THE MANY SHELTER LISTS.

JUNIOR IS THOUGHT TO BE A DOODLE, BUT, WHO KNOWS ABOUT DOGS WITH NO HISTORY.  WHATEVER HIS GENETIC MAKE UP,  HE IS PURE CUTENESS AND WE WILL SEE HOW HIS COAT GROWS.  WILL HE 'DOODLE OUT?"

My son, Lance, has been looking to adopt his first dog as an adult. He would love to have had our Springer - he even took him to college - but because of the Springer's anxiety disorder, he could never be an only dog. Since my dh and I are involved in doodle rescue, Lance asked us to keep our eye out for the 'right' dog for him (athletic capabilities, confident, fun-loving, medium-ish).  He was in no hurry and knew he needed to chose a dog that would fit with his active lifestyle as well as with the other dogs in our family. Well, thanks to the DRC, we adopted Junior.  Junior, who is just about 4 months old, was found as a stray running the streets in one of the low income areas in the county near ours.  The area is mostly industrial  with a train yard as the big highlight. So how did Junior get there? We make up funny stories, but like so many of the strays found in shelters (like our Clancy), it remains a mystery.  He couldn't have been on his own very long because he was pretty healthy - well until he got both Giardia and Bordatella at the shelter. He was a bit underweight too because he gained about 5 pounds in just over a week!  Since he was contagious, Junior didn't meet Ned, Clancy and Gordie until today.  They adored him and Ned played with Junior as if he were still a puppy too. Here are some pictures: 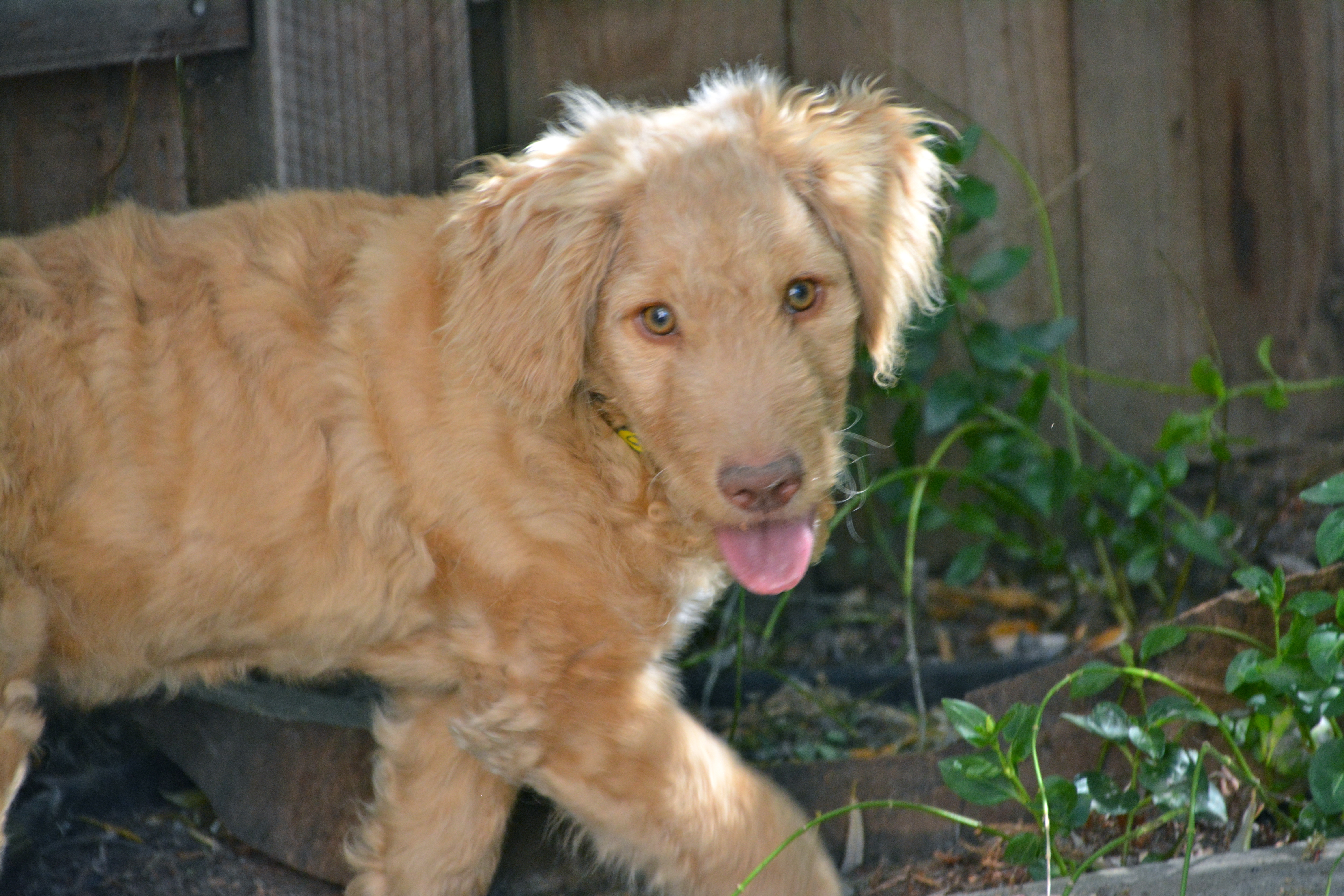 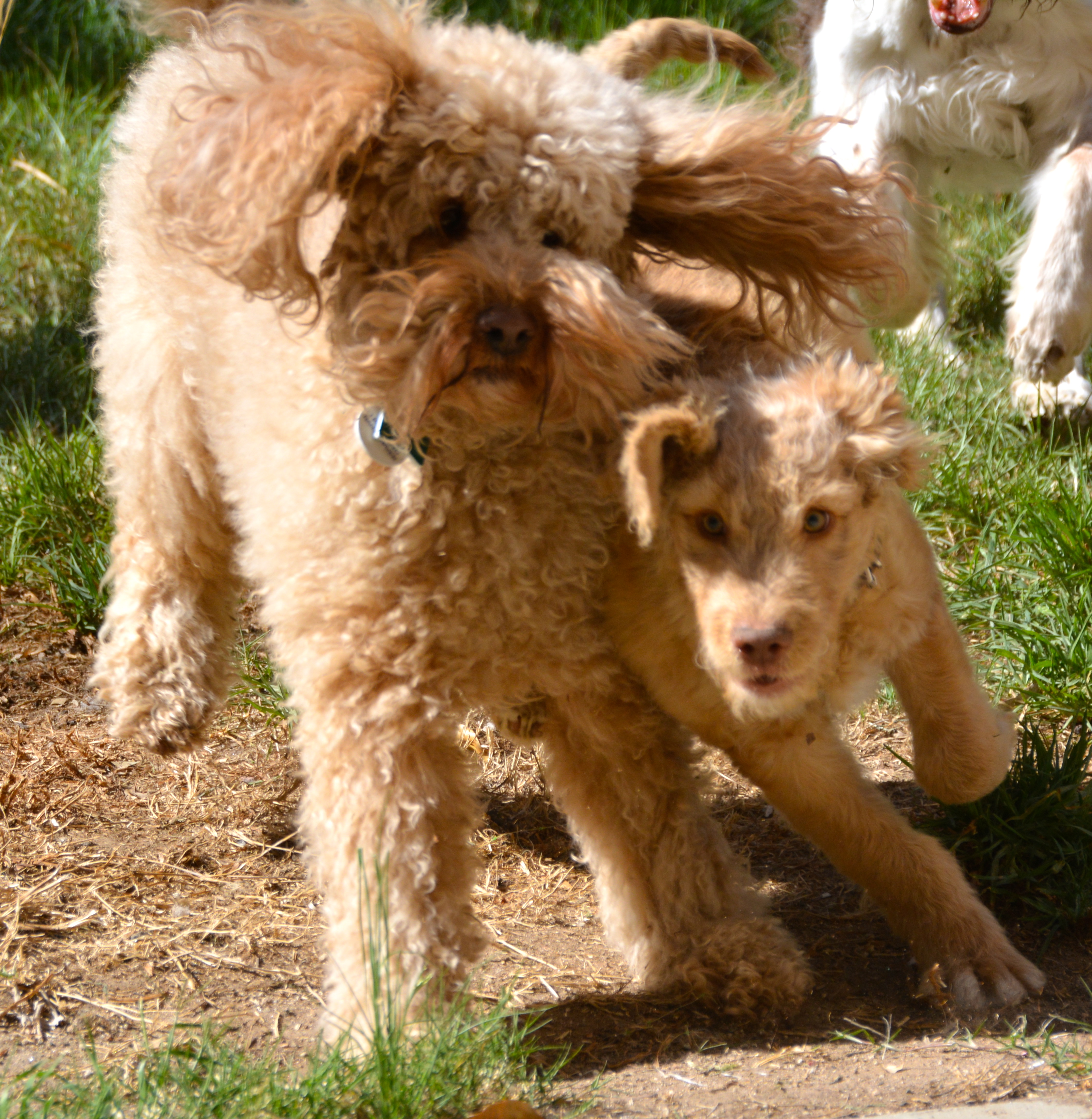 Now, for the story of how Junior got his name.  We had been told that this pup's shelter name was Jake, but when we got the paperwork for him, it seems that the shelter had named him Lance.  Once our Lance saw that, it was a done deal and Lance Junior became his name. Here are the two Lances - Senior and Junior: 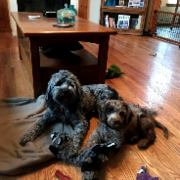