My dogs are not the best-trained dogs in the world.  In fact, on a scale of 1-10, 10 being the most obedient, on his best day Vern would get a 6 and Fudge, on any day, would get a 3.  The command that gives us the most trouble is recall, because they can never recall what it means when I yell, “COME!” Sometimes they do surprise me and come running when I call them, but on other days Vern looks at me and then at Fudge and back at me as if to say, “I am not coming until she comes.”  The good thing about Vern is he is more of a pleaser than Fudge, and if I use just the right tone will almost always decide it is in his best interest to listen.  I could use every tone in the book, hire a Herald to announce her arrival, and have the royal band on hand playing Hail to the Chief and Fudge would probably not even look up unless the squirrel she was in hot pursuit of made a mad dash to safety in my direction.  I have often wondered if I taped potpourri to her snout before I let her outside if that would block out all the other smells that seem to turn Fudge into a deaf, smelling machine.

Did someone say, "Fudge?" I don’t know if the problem is I don’t enunciate properly, because the dogs aren’t the only ones who don’t seem to understand half of what I say.  The other night I was walking around in my nightshirt and underwear and John made some comment and I said, “do you want me to be more mysterious and elusive?” and he said a very emphatic YES!  A little while later he said, “why are you still out here with me?  I thought you said you were going to be more reclusive.”  Of course I can’t blame John’s lack of understanding entirely on me because one of my favorite stories ever from him childhood clearly illustrates that he has been misunderstanding for years and only using 20% of his hearing most of the time.  When he was a young boy on the cusp of puberty his mom sat down to talk to him about his changing body.  He was raised a good Catholic boy and attended the nearest Catholic grade school and his mom wanted to know what the churches view was on masturbation.  Well, John thought she said menstruation and said they were all for it. I can’t even imagine the rest of the conversation because I have never been able to stop laughing long enough to ask, but this does prove that he has had selective hearing as far back as grade school.

If you ask my family, they will say the problem is entirely me and tell you that I don’t always say what I mean and expect others to understand.  A classic example of this would be the time I told John, on a date, that gonorrhea ran in our family, when what I meant to say was glaucoma.  Of course, it sounded completely right to my ears until I saw the stunned expression on John’s face.  Just the other day I went to throw some apples out in the field for the poor deer, but Hayley pointed out I kept saying I was going to give the deer some bananas. The thing is I get furious when they ask me what I am saying and to repeat something. I start accusing them of knowing exactly what I am saying and just getting some perverse thrill from making me have to say it again using the correct words.  Don’t get me started on the night I told Hayley I was going to flatline her later that night, when what I meant to say was I was going to put Frontline on the dogs later. She told her dad I was trying to kill her and John said that was nothing compared to the time I told him to put his ball up high on a shelf or Fudge was going to keep making it squeak.  I admit the wording could have been handled better, but honestly, they knew what I meant. 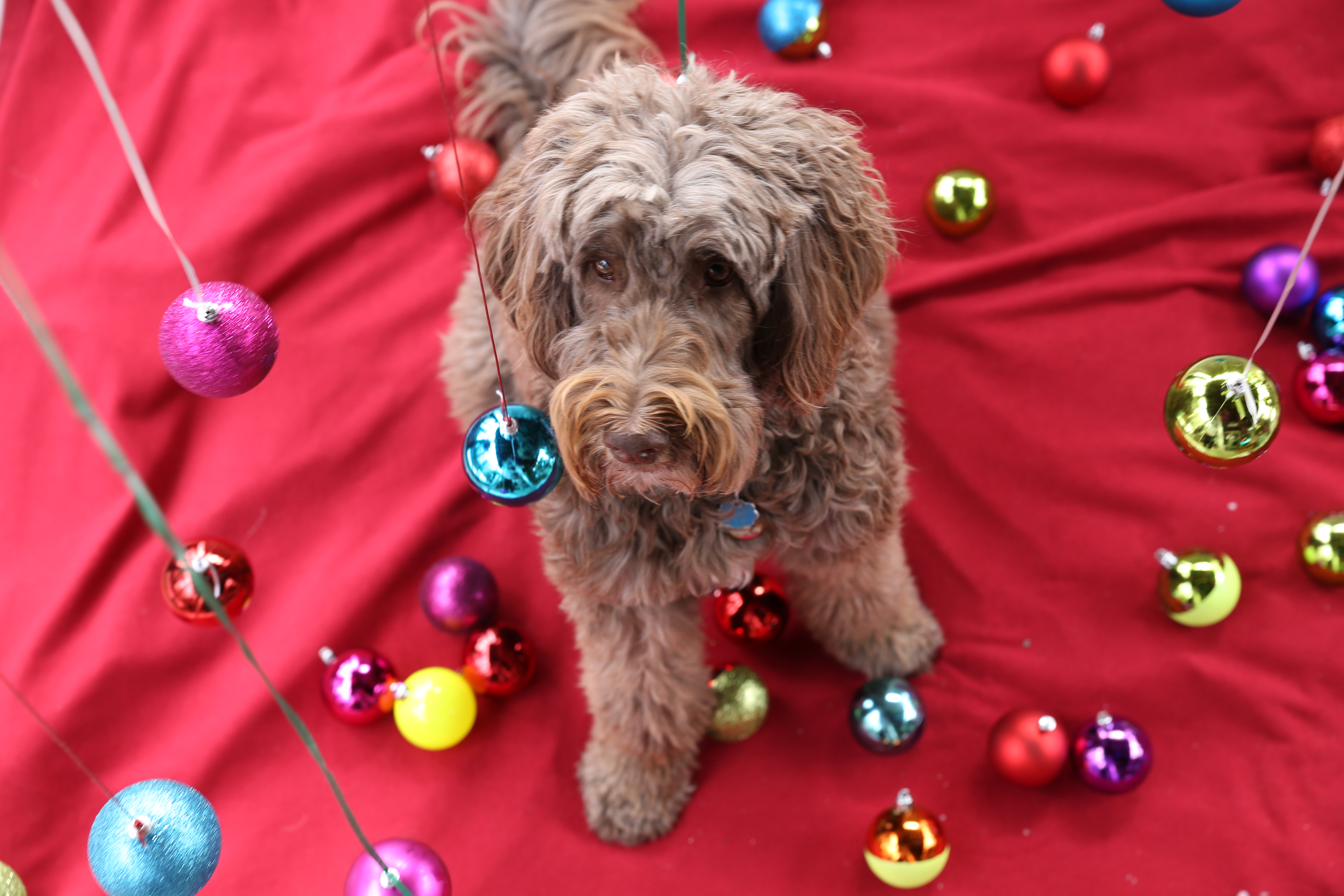 One of these days, I am going to tell him I love him because he is Eunuch, when I mean to say unique. That ought to get a rise out of him.

I will admit I mix up names and mix up commands on a regular basis, and when we had Hershey and Honey it was a nightmare with me calling Hayley to come eat her kibble and saying things like, “Hayley, you are the best dog I have ever had,” only to be informed by an indignant daughter that she was a human being.  Other than that, I blame the lack of recall entirely on my dogs.  Fudge is smart enough to balance my checkbook and Vern is well, pretty darn cute, so my point is they should “get” me by now and know when I mean business.  The other morning I let them outside in the frigid cold and when I went to get them back in the house discovered that someone had left the door open that led to the space under our deck.  The space gives me the willies and unless there is a flashing blue light announcing a major clearance sale going on, you are not going to get me to go in there and face real or imagined creepy crawlies.  It was also icy on the path to the door.  Unfortunately, Fudge and Vern don’t share the same standards I have for confined, dark spaces and were having the time of their life in there exploring and no amount of screaming or threats seemed to make them reappear.

I did what I usually do in a crisis and slammed in the door with the threat that they could live outside forever for all I cared.  I then stomped into the bedroom and mumbled (although there is a differing opinion as to the volume of a mumble) that I was going to kill two dogs and wanted to personally thank the person who was responsible for the door to the under deck being left open with a fist upside their head, and now I had to risk life and limb to get Fudge and Vern back in the house.  Surprisingly, all my mumbling woke the other occupant of the bedroom who denied leaving the door unlocked and blamed the whole thing on the propane delivery man.  Years of living with my husband have taught me that when cornered he will always blame somebody not available for interrogation and then he added fuel to the fire when he said, “are you expecting me to get the dogs?”  This question surprised me because I felt like my award winning performance of pretending like there was a snowball’s chance in hell I was going to go back outside for those dogs might have been a little overdone, but apparently, it was more believable than I thought.  Once we got it straightened out that the person who I felt left the door unlocked should have to pay the consequences, John jumped right up to start getting dressed and by jumped up, I mean he barely moved.  I can count on one finger the things John does quickly and no ladies, it is not that thing.  John is a premature car door opener and likes to pull on the handle before I have figured out which direction to move the key in the lock to unlock all the doors.  The other day he said I sounded like a fishwife when I screamed at him to wait to pull the door until it was fully unlocked and since I have never seen or heard a fishwife, I asked him to explain and evidently they are loud. All I said back was that I bet the fishwife had a fish husband who never listened and probably ran around all over the marina pulling on locked doors and saying, “how come this door won’t open?”

None of this has any bearing on my dog’s not listening that day and by the time John got fully dressed from head to toe before opening the door to call the dogs, I could have birthed a baby.  Luckily, Vern was done with his under deck exploration and Fudge realizing her life was on the line came when John called.  I almost chanted, “Fudgie got in trouble,” when she walked by me, but decided it might be more effective to work on recall some more in the future.  Sooner or later, somebody in this house has got to listen to me, even if I don't always say it correctly! 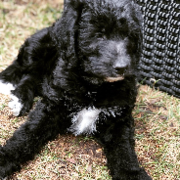 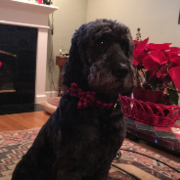